Evidence-Based Analgesia and Opioid-Sparing Strategies for the Dental Professional

This presentation will first review the biochemical and physiological mechanisms behind post-surgical dental pain and then discuss various double-blind randomized controlled trials on the efficacy of various analgesic agents following the surgical removal of impacted third molar teeth. A discussion of the “drug-seeking patient” and the prescription opioid abuse problem will be highlighted. The final portion of this discussion will focus on meta-analysis data for various analgesics in both dental pain and other post-surgical pain models. “In other words, which analgesics consistently lead the pack and which are consistently dogs.” An updated flexible analgesic schedule which was published in Jada in August 2013 will also be introduced.

Purchase a special FREEDOM PASS for $635. 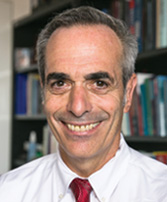 Dr. Hersh is currently a Professor of Pharmacology/Oral Surgery at the University of Pennsylvania School of Dental Medicine. He received his DMD degree from UMDNJ-NJDS in 1981 and his MS and Ph.D. degrees from UMDNJ – Graduate School of Biomedical Sciences in 1983 and 1988 respectively. Since arriving at the PENN in 1988 Dr Hersh has won the Dental School’s Excellence in the Teaching of Basic Science Award 20 different times and was also presented with a University Lindback Award in 1993, the highest teaching honor in the entire University. He has published more than 150 scientific articles, abstracts and book chapters in the areas of dental pharmacology, drug interactions, analgesics and local anesthetics. His is currently collaborating with faculty from the PENN Institute of Translational Medicine and Applied Therapeutics in identifying biomarkers that may predict individual analgesic response to NSAIDs. He remains passionate about providing evidence-based data to reduce the unnecessary use of, and when needed the prescribing of excessive amounts of immediate-release opioid formulations. His scholarly and research contributions in the areas of local anesthesia and pain control were recognized by the International Association of Dental Research in 2007 when he was presented with the Distinguished Scientist Award in Pharmacology, Therapeutics and Toxicology.